Home » Is the House Haunted?

Is the House Haunted?

People are enchanted with the idea of haunted houses. The older the house, the more it is said to be inhabited by spirits. For years rumors have persisted about the Howard-Dickinson House being haunted and several stories have circulated. 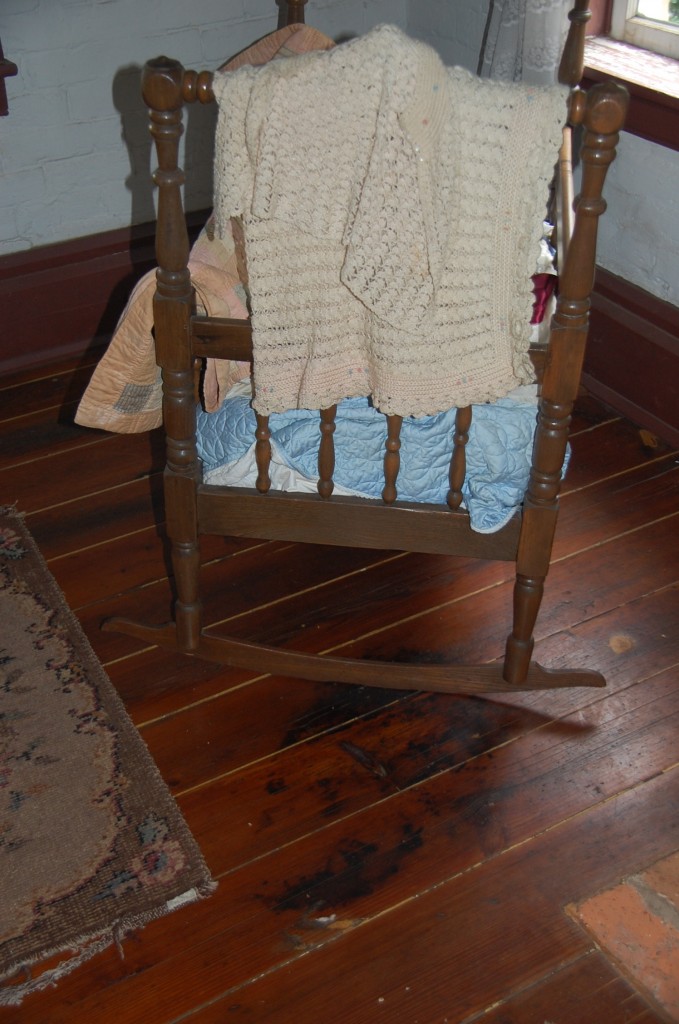 The Lady in White: Maida Jaggers was an early volunteer in the house after it opened as a museum in the 1960s. She stated that one day she noticed a woman in a long, white dress coming up the front steps. The woman came into the house and proceeded up the stairs, only to vanish. She was later said to be the spirit of Martha Howard come back to check on things. Another story about Mrs. Howard says that her spirit will knock forks off of plates during social events at the house.

Was there a murder? It is said that Pat and George Howard were two of the sons of Dave and Martha. A story is told that after they were grown they were visiting their parents in the house and were downstairs in the basement cleaning their guns when Pat accidentally shot George, who ran up two flights of stairs to his mother’s bedroom and died on the floor beside her bed. The bloodstains, it is said, can still be seen today in the old wooden floors, even though Mrs. Dickinson had the floors cleaned and painted. Other evidence says that a murder never happened and that it was a suicide that occurred in the house. Whatever the case, the story makes a good starting point for ghost stories!

Paranormal Investigations: A paranormal investigation group spent the night in the house and used their equipment to try to record ghostly evidence. They stated they recorded sounds and orbs of light in the house, so their conclusion was that it is inhabited by spirits, although they are friendly.

If you like to believe in ghosts, being alone in the house will thrill you, as it creaks as most old houses do. Nothing bad has occurred to anyone while at the house, so if it is haunted, we feel it most certainly is just “Mrs. Howard” letting us know she appreciates our efforts in preserving her house!