Built in 1855 by brothers Dave and Logan Howard, this home was occupied for 50 years by the Howard family and another 50 years by the Dickinson’s, who added a two-story wing in the rear. Used as a boarding house during the East Texas Oil Boom years of the 1930’s, the house was vacated and sat empty by the 1950’s. Almost lost to the wrecking ball, the home was donated by businessman Homer Bryce to the Rusk County Heritage Association, a group formed in the 1960’s to save the house. After extensive fundraising and restoration work, the house opened for touring in 1967, receiving a Texas Historical Medallion in recognition of its importance to the town of Henderson and to early Texas history.

Dave and Martha Howard had nine children when they lived in the house. Bachelor brother Logan Howard also resided there at the time, and the Howard brothers were well known as brick makers and carpenters in pioneer Henderson. Their brick-making equipment was behind the house, and many of the older buildings still standing in downtown Henderson were built with Howard bricks. Sam Houston was a cousin of Martha Howard and visited in the house many times. Mrs. Katie Dickinson purchased the house in 1905 and lived there with her family for approximately 50 years. During this time the frame section in the back was added, and boarders were allowed to rent rooms. 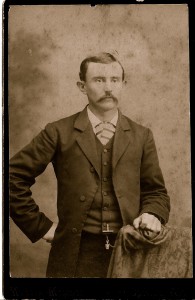 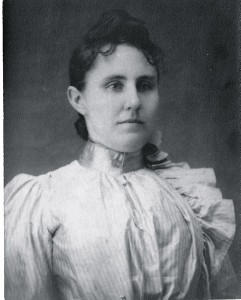