By the 1960s the Howard-Dickinson House had sat empty and abandoned for a number of years. Vandals had extensively damaged and looted the interior, and all of the windows were broken. The poor condition of the house led city leaders to declare it substandard, and a date with the wrecking ball was established. A group of mostly older ladies in the community banded together to try to save the house, but their heroic efforts might not have worked had a man named Davis McMahon not stepped in to offer his services as project manager. The house required extensive restoration, and community donations made the effort a success. The house received a Texas State Historical Medallion and opened as a museum/event venue in 1967. 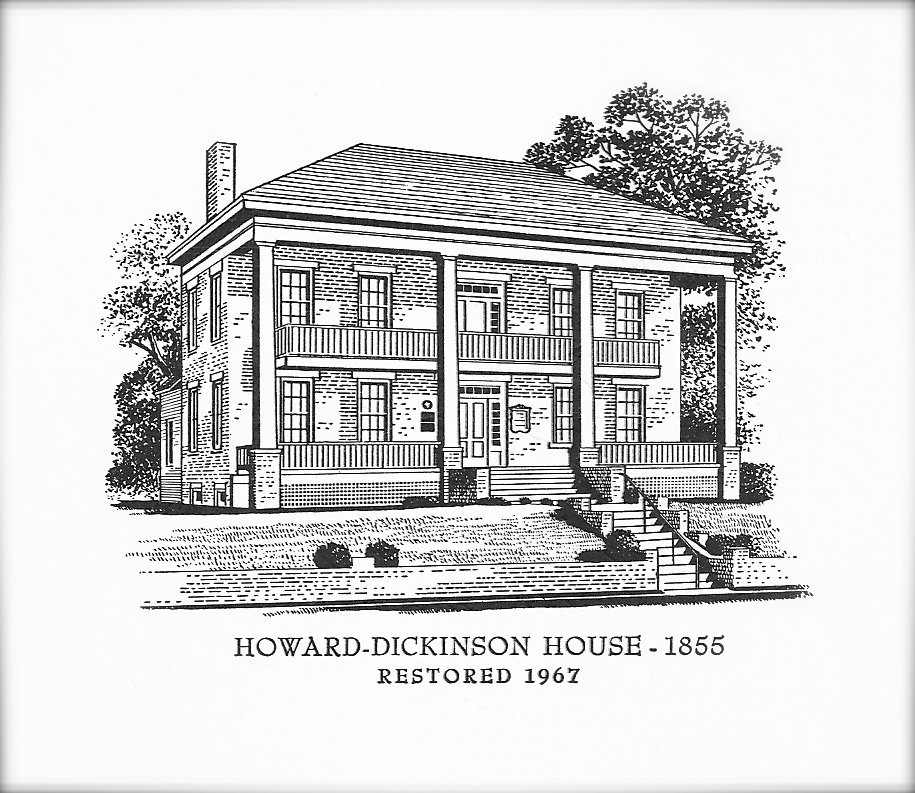